Stéphan Ouzilou, called Fano, always lived his life in the fast lane. His strength lies in the thought: « Embrace life to the fullest « !

At the age of 17, he meets the love of his life and they leave together to the Antilles where they will stay three years.

Three years which are going to confirm his artistic fiber and undeniable talent.

Indeed, out of nothing, he quickly finds himself at the head of a fashion empire in the textile industry, after having created the “trapeze dress” fitting all morphologies. Between Paris and the Antilles island, he chooses to stay in the front line by designing all store-front windows of the boutiques he opens, himself, showing his unending uncontrollable taste for creation. (He was the precursor of the avant-gardist articulated wooden shop mannequin.)

It is important to say that Fano grew up in the fashion industry, surrounded by big names such as Gérard Darel. 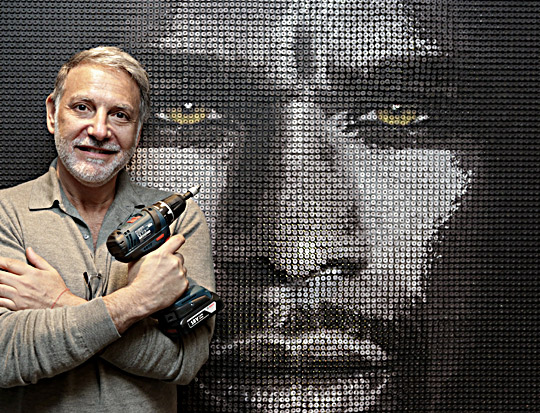 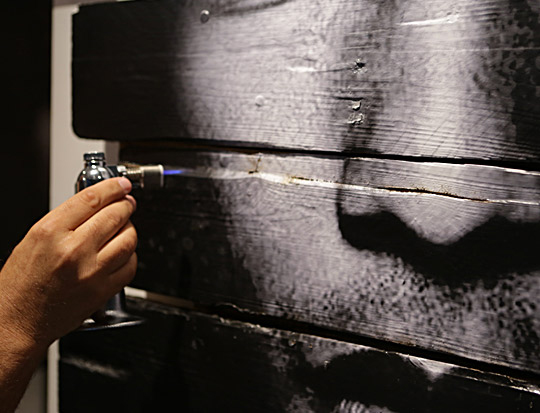 Always in search of new projects through which to fulfill himself, he returns in France with his wife and finds himself this time in the real estate. A facade, because in fact he becomes a « Global Designer » and sublimates all he touches.

Thanks to his avant-gardist touch, he creates modern style. And thanks to his tendency for the « Urban Streetwear », he navigates towards a minimalist, accessible but “very thoughtful” world. Everything has an aim, a logic.

After his experience in fashion and in the design of villas and timeless lofts, the “master piece » is accomplished: for his son-in-law’s birthday, whom he considers like his son, he really wants to please and to surprise him. Within 3 months of trials, insistence, and pleasure, he creates his first masterpiece « the death’s-head ».

And all the magic begins …

Starting with the friends, then the friends of friends and within few weeks, and after two, three first sketchs (cf.  » Mickey in Mickael Jackson « , the « teddy bear », the « Indian »), he produces the Masterpiece, Karl Lagerfeld’s portrait, now exposed at the « Montaigne Gallery » in Los Angeles. Every new piece allows him to improve his mastery of these materials that he appropriates and tames.

His art questions people, touches them. It is Unique, something unheard of.

His creative spirit has overtaking him, because he does not realize the huge potential he is creating with his hands.

Today’s exposed in the « LOS ANGELES GALLERY », does not stop surprising.

Coming soon, discover his new series « GOLDEN YES ». And other variations of his working techniques to transcend the pleasures…of the eyes and of the Heart. 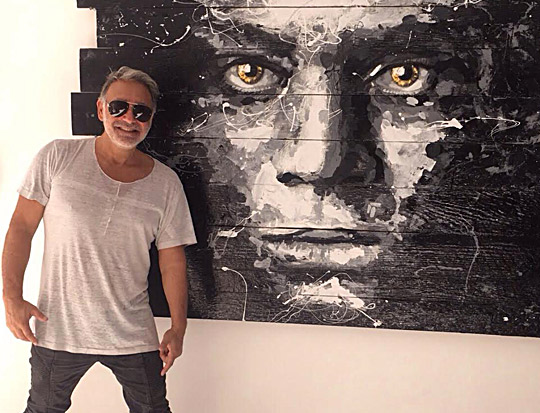